Stuttgart. The Porsche works drivers Michael Christensen and Kévin Estre have won the drivers’ world crown in the FIA World Endurance Championship. The successful duo from Denmark and France, who shared driving duties in the No. 92 Porsche 911 RSR at the season finale at Le Mans with Belgian Laurens Vanthoor, scored enough points at the 24-hour race in France to clinch the title. Porsche had already claimed the manufacturers’ title prior to the endurance classic. The Project 1 customer squad won the GTE-Am class and at the same time claimed the drivers’ and team championship titles in the FIA WEC. Now with 108 class wins, Porsche has cemented its position as the most successful manufacturer in the history of Le Mans.

At the 87th edition of the 24 Hours of Le Mans, all four Porsche 911 RSR maintained an impressive pace in front of 252,500 spectators. The best result was achieved by Gianmaria Bruni (Italy), Richard Lietz (Austria) and Frédéric Makowiecki in the ca. 510 hp No. 91 nine-eleven with second place. Earl Bamber (New Zealand), Patrick Pilet (France) and Nick Tandy from Great Britain yielded a double podium result for the Porsche GT Team, clinching third in the number 93 car. Both Porsche 911 RSR vehicles crossed the finish line less than 70 seconds behind the class winner. This margin resulted from being hampered by bad luck in the safety car phases.

Last year’s winners in the lead until the early morning
Over long stretches of the race, the vehicle of the new world champions, Christensen and Estre as well as Vanthoor, was on course to repeat last year’s victory. After five hours, the No. 92 car had swept into the lead of the GTE-Pro class to hold a convincing lead during the night. The decisive setback struck in the early hours of the morning at 3.47am. Repairs to a defect exhaust system threw the winning Le Mans trio of 2018 back six laps. In the end, the car crossed the finish line in ninth place – enough to win the drivers’ title in the FIA WEC.

The Le Mans debut of Mathieu Jaminet (France) and Dennis Olsen (Norway) concluded with seventh place in the GTE-Pro category. The two Porsche Young Professionals, who shared the No. 94 car with works driver Sven Müller (Germany), suffered several setbacks over the course of the world’s toughest endurance race. Bad luck with the safety car interventions and repairs to the data systems prescribed by the FIA WEC cost a lot of time. As a result, half way through the race, the vehicle was relegated from the front far down the field.

Sensational debut season for the Project 1 customer team
In the GTE-Am class, the Porsche customer team Project 1 secured the team and drivers’ titles at its first FIA WEC season after moving up from the Porsche one-make cups. Works driver Jörg Bergmeister (Germany), the American Patrick Lindsey and Egidio Perfetti (Norway) concluded the 24 Hours of Le Mans initially on second place in the No. 56 Porsche 911 RSR. However, due to the disqualification of a rival, the team was retrospectively declared the class winners of the 24 Hours of Le Mans. Last year’s class winners, however, were very unlucky. The No. 77 car fielded by Dempsey Racing with Porsche Young Professional Matt Campbell (Australia), Porsche Junior Julien Andlauer (France) and Christian Ried from Germany led the race over long stretches, but were thrown down the field with a defect on the underbody. The three drivers finished the season finale of the FIA WEC on fourth.

In the No. 78 nine-eleven, Louis Prette, Philippe Prette (both Italy) and the Frenchman Vincent Abril concluded their Le Mans debut in sixth place. Porsche Young Professional Thomas Preining (Austria) and his British teammates Michael Wainwright and Ben Barker brought their No. 86 Gulf Racing vehicle over the finish line in eighth. The Porsche 911 RSR with the starting number 88 retired early. Dempsey Proton Racing ultimately had to park the vehicle in the garage after 79 laps after Satoshi Hoshino was involved in several accidents. The Japanese raced driver shared the vehicle with Porsche Young Professional Matteo Cairoli (Italy) and his compatriot Giorgio Roda.

Comments on the race
Dr Michael Steiner (Porsche R&D Board Member): “It was a dream season that could not have been more successful. Everyone at Porsche can be very proud of what has been achieved in the Super Season of the FIA WEC. Our successes have shown very clearly that the Porsche 911 is still the measure of all things in the sports car world.”

Fritz Enzinger (Vice President Porsche Motorsport): “To win all titles at the last race of the season and to witness three driver crews on the podium is an incredible story. We’ve concluded the FIA WEC Super Season with the greatest possible success. Now we aim to secure more titles in the North American IMSA series. This is already one of the most successful seasons in the history of Porsche Motorsport. My thanks go to all the team members at the racetrack and to all the employees in Zuffenhausen and Weissach as well as all other locations who have made these successes possible.”

Pascal Zurlinden (Director GT Factory Motorsport): “We were determined to win this race. Unfortunately, bad luck and minor mistakes prevented this. Still, we have two cars on the podium in the GTE-Pro class and one in the GTE-Am category. Porsche has won all four GT titles in the FIA WEC Super Season and has also notched up another class victory at Le Mans. What more do you want? I can only thank everyone in the team. It was a season I’ll remember for a very long time.”

Gianmaria Bruni (Porsche 911 RSR #91): “Like last year, we were very unlucky with the safety car phases. Because of these, we lost more than a minute to the top on two occasions – much more than our gap to the winners at the flag. This shows that we could’ve won. We’ve made the most out of the conditions and achieved second place. Hopefully it’ll be our turn next year to win the race.”

Richard Lietz (Porsche 911 RSR #91): “That was an incredibly tough race. We made the most out of our chances. Unfortunately, unlike last year, it wasn’t enough for the first two places, but positions two and three are definitely not something to be ashamed of. On the contrary: The Porsche 911 RSR was one of the very best cars in the field. Next year we aim to be back at the very front of the field again with our new car.”

Frédéric Makowiecki (Porsche 911 RSR #91): “It’s always a great feeling when you get the chance to climb the podium at Le Mans. Second place is a terrific result. On the other hand, this is the second time in a row that I’ve just missed out on the big victory. It is my great wish to finally be able to stand on the very top step next year.”

Michael Christensen (Porsche 911 RSR #92): “What a rollercoaster ride! We were on track for victory, everything was perfect, but then we had to pit during the night for repairs to the exhaust. You feel as if the world has fallen out from under your feet. Still, we won the world championship and that’s what counted for us; that was our aim. So we have very good reason to celebrate.”

Kévin Estre (Porsche 911 RSR #92): “The first half of the race was sensational. Our Porsche 911 RSR was incredibly fast, we were very clearly the favourites to win. After the setback during the night, all that mattered was to bring the car home and win the drivers’ title. That was strange. You hear every noise in the car, you sense every vibration, even though there might be none. So the relief and joy of winning the world championship are, of course, immense.

Laurens Vanthoor (Porsche 911 RSR #92): “Our car was perfectly prepared and setup for the race and the first half of the race was awesome. Initially, everything ran as smoothly as last year. We had the pace and luck with the safety cars. Unfortunately, a defect threw us back. That’s a pity. Still, we’ll celebrate. All titles have gone to Porsche. And with our victory together in 2018 and this weekend’s race, I made a small contribution to Michael and Kevin being crowned world champions. That makes me proud.”

Earl Bamber (Porsche 911 RSR #93): “We tried everything, but even though we had a very fast car, we couldn’t do more. That’s Le Mans, you simply have to have luck on your side. We’re pleased with the podium finish and now we look ahead. Our focus is now on extending our points’ lead in the IMSA series and to win more titles for Porsche.”

Patrick Pilet (Porsche 911 RSR #93): “To finish on second and third with two cars is a very good result for the team and for Porsche. Not everything ran well. We made too many mistakes to win the race. But a podium result is still a wonderful success that we aim to enjoy.”

Nick Tandy (Porsche 911 RSR #93): “It was hard work, a rollercoaster of emotions that ended with a podium result. Of course we wanted to be at the top of the podium, but it’s a great honour for Porsche to have two cars in the top three at the world’s toughest endurance race. We’ve demonstrated great team spirit in all four vehicle crews. That was incredible.”

Sven Müller (Porsche 911 RSR #94): “We can be proud of our performance. During the race we improved constantly and got faster and faster. We could easily have finished in the top six, but unfortunately a technical problem threw us out of the front pack. It’s a shame, but the Le Man experience was still fantastic.”

Mathieu Jaminet (Porsche 911 RSR #94): “We delivered a clean and strong performance. There were factors beyond our control that hampered us. That simply belongs to Le Mans. I thoroughly enjoyed my debut at this sensational race and I very much want to return next year.”

Dennis Olsen (Porsche 911 RSR #94): “I finished my first Le Mans race on seventh place. Given the setbacks, that’s pretty good. Taking part in this race has made a dream come true for me. Hopefully I’ll get another chance next year – preferably with the same driver line-up, because our teamwork was outstanding.”

Jörg Bergmeister (Porsche 911 RSR #56): “We won both titles and scored a class win in our maiden season. You don’t get better than that – sensational. We crossed the finish line in second place, and were very happy with our podium result. The fact that we were declared the winners after the completion of the technical tests makes the finale of our first FIA WEC season even more wonderful.”

Matt Campbell (Porsche 911 RSR #77): “We wanted to win and we came fourth. It’s not ideal, but that’s just the way it is at Le Mans. The competition is intense, the rivals are incredibly strong and the race is very demanding. The effort in making it to the finish under such circumstances definitely deserves high respect.”

Louis Prette (Porsche 911 RSR #78): “We came here as greenhorns. My dad and I and our teammate Vincent tackled this mighty race as rookies. We didn’t care about where we placed, we just wanted to reach the finish line. But in the end we finished on sixth – crazy! One thing is certain: We definitely want to return to Le Mans in 2020, because there’s nothing better!” 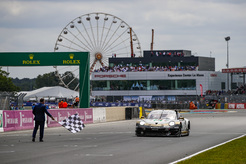 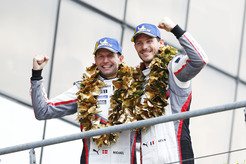 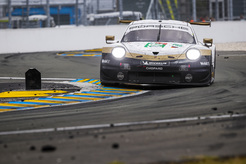 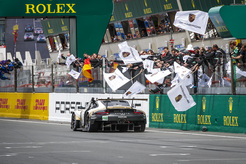 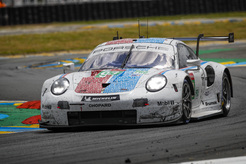 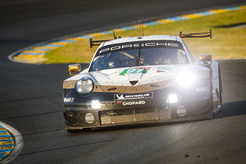 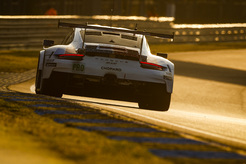 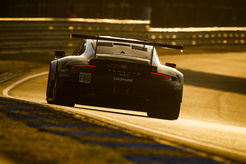 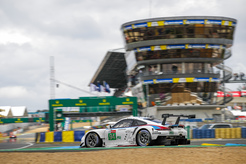 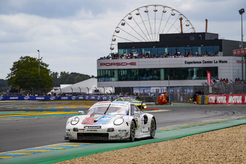 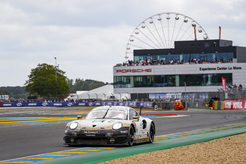 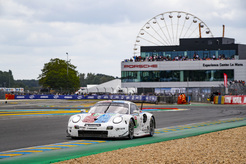 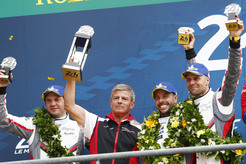 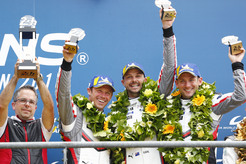 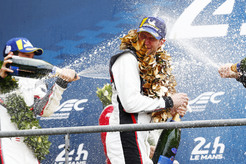 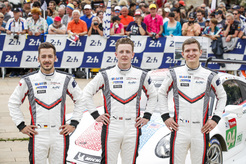 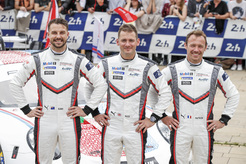 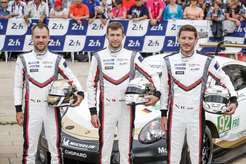 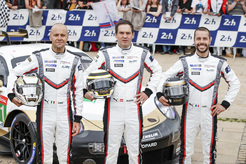 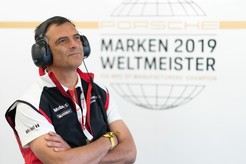 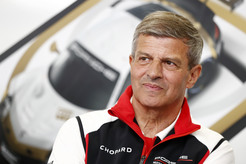 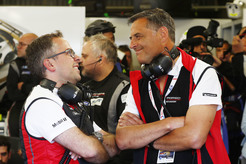 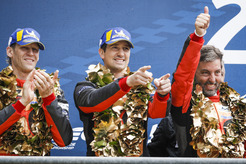 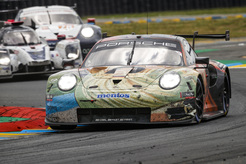 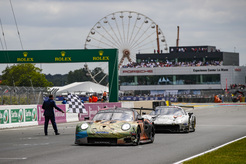 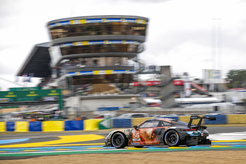 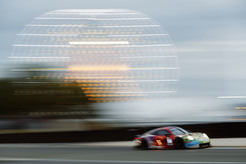 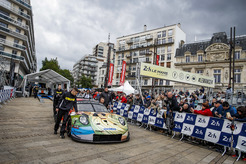 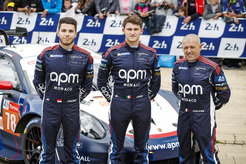 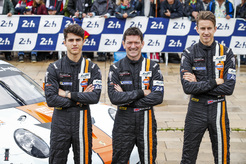