Stuttgart. Andrea Petkovic and Laura Siegemund left their indelible marks on the Porsche Tennis Grand Prix on Tuesday. In front another large crowd in the Porsche Arena, they both comfortably won their opening matches. Anna-Lena Friedsam however failed to progress to the second round of the world class tournament. After putting up stiff resistance against Kiki Bertens, the Top 10 player from the Netherlands, she eventually succumbed in two hard-fought sets. On Wednesday, Julia Görges has the chance to join her Porsche Team Germany teammates in the last 16.

“The crowd’s support was fantastic”
Andrea Petkovic was in excellent spirits. “It’s so good to be back playing here,” said the overjoyed German after her first-round win against Sara Sorribes Tormo (Spain). After taking the first set, it became obvious “that I’m a bit tired after the Fed Cup over the weekend”, but the spectators in the Porsche Arena carried her to a 6-4 second set. “I’ve been looking forward to the tournament for weeks. The crowd’s support was fantastic.”

After missing out on the Porsche Tennis Grand Prix in the last two years, the current world No. 71 has high expectations for Stuttgart: “I’m not so far off from playing my best tennis. First the win in the Fed Cup and now the one here – it could well be the breakthrough for me.” However, her next match in the last 16 will be anything but easy as awaiting her on Thursday is her friend and compatriot Angelique Kerber. The double Stuttgart winner has taken the place of Simona Halep, who had to withdraw with a hip injury, at the bottom of the draw. It means she now has a first-round bye.

Laura Siegemund also in last 16
Laura Siegemund’s performance against the Ukrainian Lesia Tsurenko was no less impressive that the one Andrea Petkovic produced. Right from the very first rally, the 2017 winner and local hero manoeuvred her opponent around the court putting her real pressure. The Stuttgart resident soon closed out a comfortable 6-2, 6-2 win on her second match point. Speaking after the match, she said, “I’m happy and proud that I was fully concentrated from the first ball. I’ve had a rather mediocre season up until now, perhaps this tournament is more up my street. She followed up by praising the crowd in the Porsche Arena: “It’s a lot of fun playing in this atmosphere.”

Laura Siegemund will now meet Anastasija Sevastova in the last 16 after the Latvian defeated her compatriot Jelena Ostapenko 6-2, 4-6, 6-0. Also in round two is Daria Kasatkina (Russia) who won 7-6(8), 7-5 against Elise Mertens (Belgium). Greet Minnen (Belgium) was a surprise 7-5, 6-3 victor against Dominika Cibulkova (Slovakia) and will be back on court on Wednesday – against of all people Petra Kvitova. The Czech is the world No. 3 and the leader of the Porsche Race to Shenzhen, the qualifying ranking for the prestigious WTA Finals for the season’s eight most successful players.

Julia Görges starts her campaign on Wednesday
As for Julia Görges, the German will start her Porsche Tennis Grand Prix campaign on Wednesday against Anastasia Pavlyuchenkova. The statistics speak for the winner of the 2011 Porsche Tennis Grand Prix: in her six matches against the Russian, she has won four – the last one came at the tournament in Mallorca in 2017. 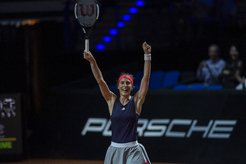 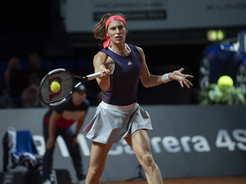 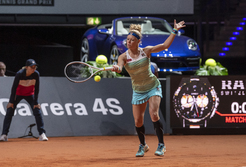 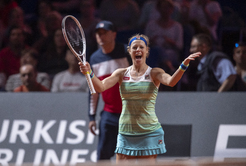 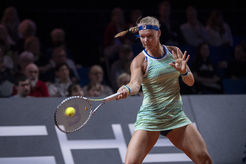 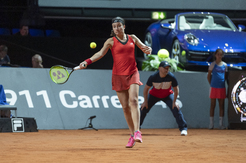 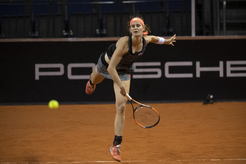 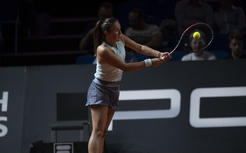 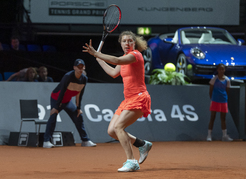 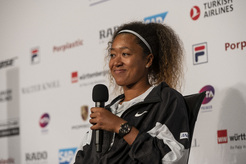 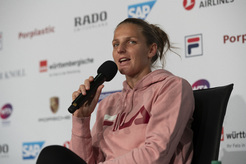 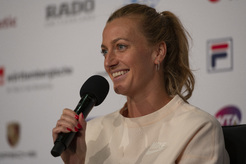