Stuttgart/Riga. Porsche Team Germany will once again be competing in the Fed Cup World Group containing the eight top tennis nations in 2020. A comfortable 3-1 win in the play-off against Latvia in Riga ensured that the team led by the Porsche Brand Ambassador Julia Görges avoided the drop.

“All in all, it was a fantastic encounter for us. The girls have rewarded themselves for a good and intensive week of practice,” said team captain Jens Gerlach. “All the players were fully concentrated from the start and did an outstanding job. We’re all very relieved and have good reason to be proud of ourselves.”

The foundation to the win was laid on Friday by Andrea Petkovic, who produced an impressive fighting performance to defeat Jelena Ostapenko, the 2017 French Open champion, 7-5, 6-4. Julia Görges then required three sets (6-4, 4-6, 6-1) against Diana Marcinkevica to put Germany 2-0 up. The decisive third point was supplied on Saturday by Mona Barthel who beat the Latvian No. 1 Jelena Ostapenko 6-4, 6-3. In accordance with the rules, the fourth rubber was not played. Anna-Lena Grönefeld and Andrea Petkovic lost the concluding doubles 6-1, 6-3 against Jelena Ostapenko and Daniela Vismane.

Julia Görges and Andrea Petkovic will be in action in the singles and Anna-Lena Grönefeld in the doubles at the Porsche Tennis Grand Prix, which began in Stuttgart on Saturday. 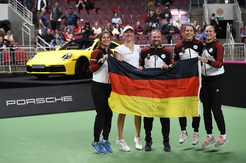 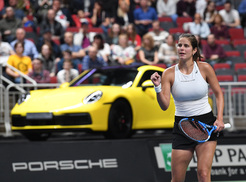 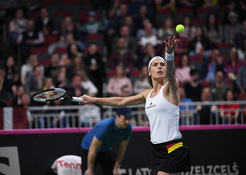 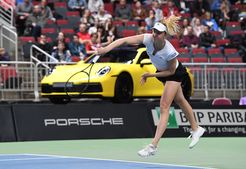 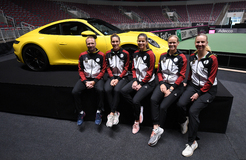