Stuttgart/Rotterdam. Artistic shots from the Porsche garage: From May 19 to September 2, 2018, the “Nederlands Fotomuseum” in Rotterdam will be displaying the work of the New York-based German photographer Martin Schoeller. Included in the exhibition will be Schoeller’s portraits of six Porsche LMP1 drivers, taken during the 2016 edition of the 6 Hours of Nürburgring race and for which he has won multiple awards. The collaboration with Martin Schoeller as part of the “Big Heads” exhibition signifies the beginning of a long-term partnership between Porsche and the famous photographer. Further exhibitions are planned during the course of the year and the intention is also to conduct more photoshoots.

Schoeller is one of the most important contemporary portrait photographers. Born in Munich in 1968, he began his career in New York with Annie Leibovitz. His portraits of Barack Obama, Angelina Jolie, Jack Nicholson, Angela Merkel and George Clooney have already achieved cult status. Schoeller’s trademark is the extreme close-up. In these shots, the faces are lit with a soft neon light and always taken from the same perspective: from the front and slightly from below.

In addition to Schoeller’s best works taken over a period of more than 20 years, visitors to the “Big Heads” exhibition in Rotterdam will get to see the result of an extraordinary photo project realised in 2016. During the 6 Hours of Nürburgring race, the photographer took the portraits of all six Porsche LMP1 drivers. For the series of photos, Mark Webber, Neel Jani, Brendon Hartley, Marc Lieb, Timo Bernhard and Romain Dumas went straight from the cockpit of the Porsche 919 hybrid racing car to Schoeller’s mobile photo studio, which was set up right next to the Porsche garage. Still wearing a helmet and balaclava, the drivers took a seat on the stool behind the black curtain of the mini studio. Only then did they remove their helmet and look directly at the camera. The aim of the photo series was to capture those candid seconds: Schoeller’s portraits instantly show every trace that the exertion of the race, the extreme concentration and the adrenalin has left on the faces of the drivers. This project was a first for Schoeller as well: For the first time, he photographed sportsmen during a competition, when emotions such as tension or relief, joy or frustration can be read directly from their faces. Describing his first experience of working at a race track, Schoeller said: “I wanted to feel, understand and experience what happens there. How exhausted the drivers are after their stint. How disappointed if they lose. And how euphoric if they win.”

The Porsche magazine Christophorus showed all six portraits in issue 378 and paid further tribute to Martin Schoeller’s artwork by releasing the magazine with six different covers for the first time in its 65-year-plus history. This won the Christophorus issue multiple awards. In 2017, it won silver in the “cover of the year 2016” category of the BCM award, the biggest European competition for corporate publishing. It was also chosen as the “Best of Best” winner of the “Corporate Publishing” category in the Automotive Brand Contest 2017. In addition, the German Design Council awarded issue 378 of Christophorus the German Design Award 2018.

More info about the Porsche customer magazine Christophorus can be found in the free Christophorus App for iOS and Android, as well as on the website: https://christophorus.porsche.com/en
Communications, Sustainability and Politics
Corporate and Product Communications
Nina Armbruster
Phone: +49 (0)711 911 – 28974
E-mail: nina.armbruster@porsche.de
텍스트 타입 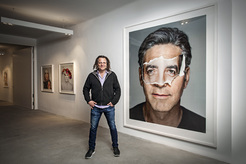 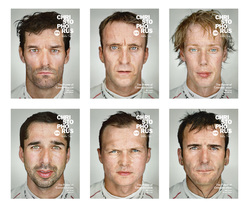 Collage of six covers from the Porsche magazine Christophorus 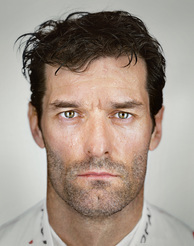 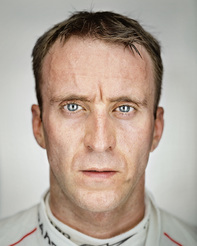 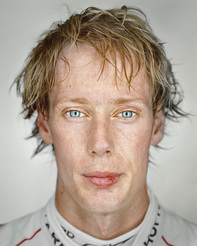 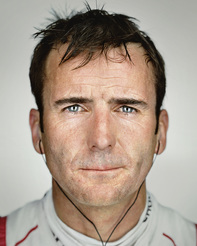