Stuttgart. The Porsche 911 RSR tackles Sunday’s six-hour race at the Shanghai International Circuit from the first grid row. In qualifying for the penultimate round of the Sports Car World Endurance Championship WEC, Michael Christensen (Denmark) and Kévin Estre (France) clocked the second quickest time in the GTE-Pro class with the 510 hp racer with the starting number 92. On the 5.541-kilometre Grand Prix circuit on the outskirts of the Chinese economic metropolis, the pair narrowly missed out on posting their second pole position of the season after the Nürburgring by just two-tenths of a second. Setting the seventh fastest time in the second 911 RSR (#91) fielded by the Porsche GT Team, Richard Lietz (Austria) and Frédéric Makowiecki (France) face a pursuit race. Recently in Fuji, the two started from pole position.

In the GTE-Am class, a 911 RSR also takes up the race from the first grid row. The Porsche customer team, Dempsey Proton Racing, with the leaders of the FIA Endurance Trophy, Matteo Cairoli (Italy), Christian Ried and Marvin Dienst (both Germany), repeated their Fuji qualifying result and clinched the second grid spot. In this category, Porsche customer squads field 2015-spec 911 RSR.

Qualifying quotes
Dr. Frank-Steffen Wallser, Vice President Motorsport and GT Cars: “That was another tough fight for the pole. Michael turned a perfect lap with the number 92 car, and Kévin brought it safely home. We’re very pleased with the first grid row and we’re feeling confident for the race. It’s a shame that Fred’s fastest lap with #91 was discounted. The championship is also still wide open in the GTE-Am class. The drivers and the crew from Dempsey Proton Racing are in contention for the title and they have to take as many points as possible from Shanghai to the season finale in Bahrain. Everything is possible from second on the grid.”
Michael Christensen (911 RSR #92): “That was an almost perfect lap without any mistakes. I managed to get the tyres precisely at their peak. That’s why I came in immediately afterwards, because it wouldn’t have been possible to turn a faster lap.”
Kévin Estre (911 RSR #92): “Michael drove a fantastic lap. Unfortunately mine wasn’t perfect. A Ferrari got in my way as it exited the pit lane and that cost me two to three tenths. In the race, we want to try to take the lead at the start. In doing this, we should also be far up the front at the end.”
Richard Lietz (911 RSR #91): “It was actually a good lap. I was very happy with our 911 RSR. It’s not the best starting position, but we have six hours to work our way up the field in the race.”
Frédéric Makowiecki (911 RSR #91): “I made a mistake in my first fast lap. I was too far over the edge and my lap was discarded. So I had to try again, but the tyres were past their peak. Still, we have a good car for the race. That’s why I’m confident – even though overtaking will be very difficult for us on this track.” 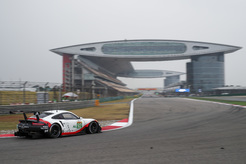 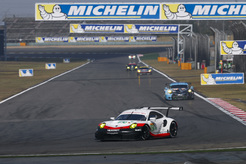 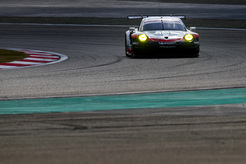 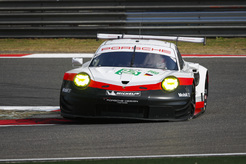 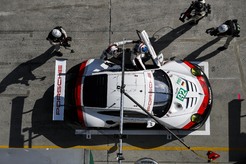 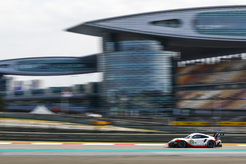 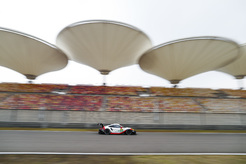 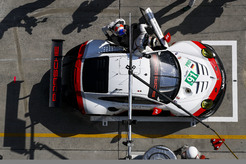 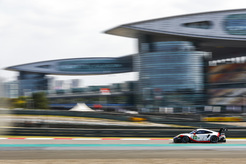 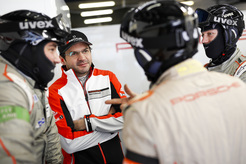 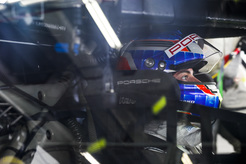 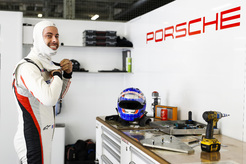 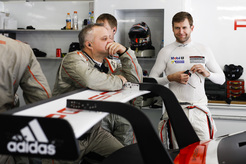 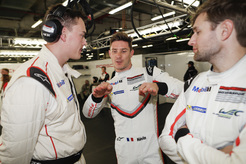 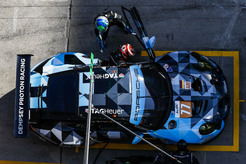 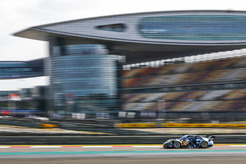 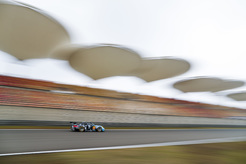 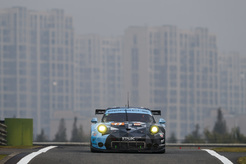 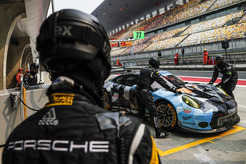 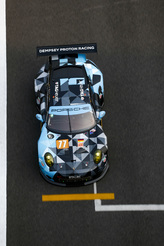 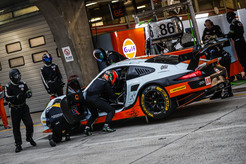 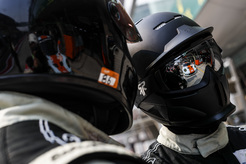 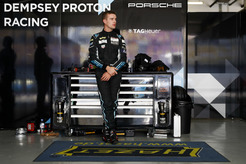