Stuttgart/Hamburg. Two top athletes learn from each other: Porsche works driver Patrick Pilet and golf pro Peter Hanson met up for a special kind of exchange ahead of the Porsche European Open that teed off outside Hamburg today. First, they both jumped in the current Porsche 911 GT3 and headed to a test track near the tournament site. At the track, Pilet showed just what you can do with a car with an extremely sporty design. Hanson travelled the 450 kilometres from Malmö in his Porsche GT3 RS 4.0 specially for this “driving experience”.

On the test site near Lüneburg, the two athletes completed numerous laps of the track. They drifted through turns, avoided water fountains, completed slaloms and practised crisp kick starts. Then Peter Hanson returned the favour as he and Patrick Pilet contested the ProAm of the Porsche European Open together: The pro gave golfing amateur Pilet (handicap 8.4) some tips on putts and drives during the round on the course.

“Patrick and I had so much fun over these two days,” said Hanson. “Even if he is undoubtedly much better at his hobby of golf than I am as far as my passion for racing cars is concerned.” Patrick Pilet was only too happy to repay the compliment: “You can tell instantly that Peter has experience of being at the wheel of fast cars,” he said. “I gave him tips on visualisation and synchronising his hands. He was very good at putting it into practice.” 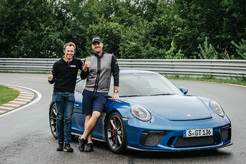 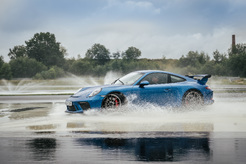 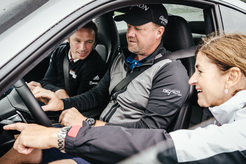 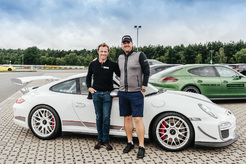 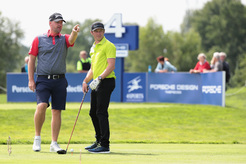 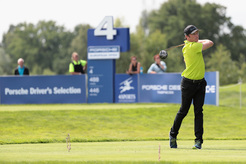 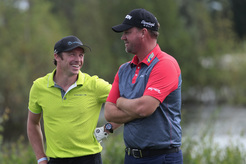 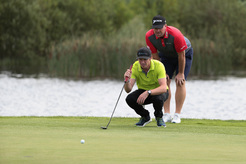 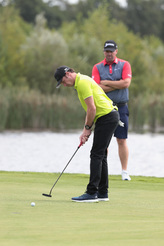 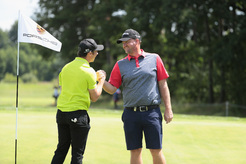