Ahead of the start of the Porsche European Open

Stuttgart/Bad Griesbach. Top pros experience how it feels to be a racing driver: Before the 156 golfers head to the first tee for the opening round of the Porsche European Open, which boasts a prize purse of two million Euros, the focus was on fun around the venue in Bad Griesbach.

The Porsche Driving Experience kicked off with an extremely professional private lesson for world-class Belgian golfers Thomas Pieters and Nicolas Colsaerts – both of whom are well familiar with Porsche cars, incidentally: while current Ryder Cup star Pieters, who finished fourth at the Olympic Games, drives a Porsche 911 Carrera 4 Black Edition, his compatriot Colsaerts has just ordered a Porsche Macan GTS. “In my opinion, the Macan is the ideal car for golfers, because it has plenty of space for your bag and other luggage,” said the big-hitting Colsaerts.

Prior to the start of the tournament, Pieters and Colsaerts met up with a real petrol head at a test circuit in the Upper Austrian municipality of Burgkirchen: Frenchman Patrick Pilet started racing karts at just eight years of age – today, the Porsche works driver is the reigning champion in the American GTLM series, in which he drives a Porsche 911 RSR. 34-year-old Pilet also knows his way around a golf course, playing off a handicap of just eight.

Now in the role of instructor, Pilet was able to offer the two golfers valuable advice from the passenger seat at the first stop on the Porsche Driving Experience. This saw the drivers learn how to guide a “Miami Blue” Porsche 911 Carrera 4S Cabriolet across a glassy, wet surface without losing control, before eventually bringing the car to a controlled stop. After a few teething problems, the Belgians soon grasped how to drive extremely safely. “The guys really did very well,” said Pilet after a further three driving challenges – cornering on water, slalom on asphalt and, last but not least, cross-country in a Porsche Cayenne GTS.

This was followed by part two of the Driving Experience, on the site of the Porsche European Open: golf pro Nicolas Colsaerts paid back the tips he had received from Patrick Pilet with a lesson on the driving range – and the former Ryder Cup player was visibly surprised. “It is incredible how straight Patrick hits the ball,” said Colsaerts. “He told me he had never had a lesson before. I find that hard to believe.”

The Belgian Olympian was still able to pass on a few nuggets of advice and make a few changes to the Porsche works driver’s swing, before the trio went their separate ways. The Frenchman left with a signed cap and a new shaft for his driver from Colsaerts. Pilet was delighted: “I feel like a little boy again today, that was a great experience for me – merci beaucoup!”

Tournament information
You can find all details regarding directions, tickets, TV times and tournament opening hours at www.europeanopen.com

Ahead of the start of the Porsche European Open: Fun aplenty on the Porsche Driving Experience 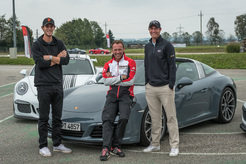 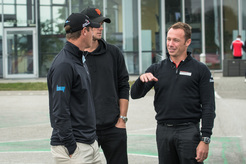 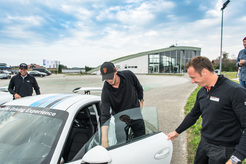 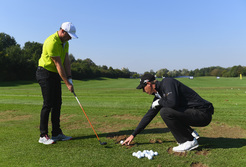 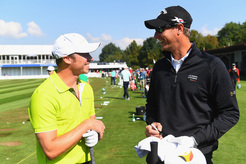 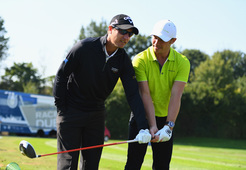 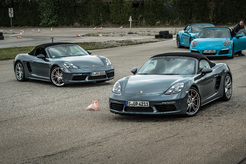 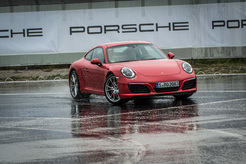 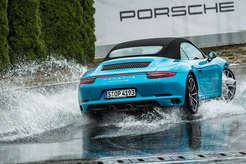 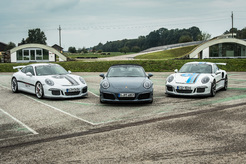 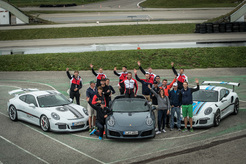 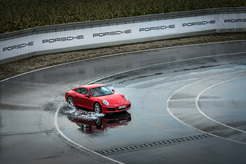