Nerves of steel in Monza: Larry ten Voorde holds his own in qualifying thriller

Stuttgart. Larry ten Voorde (Team GP Elite) has made an excellent start into the sixth race weekend of the Porsche Carrera Cup Deutschland: On Friday, the Dutchman dominated the qualifying session at the Autodromo Nazionale Monza (Italy) and thus takes up both races from pole position. “I’m thrilled with this great result. In the free practice beforehand, things didn’t go so smoothly because I made a few mistakes. I was totally focussed during the qualifying and got the most out of it,” said ten Voorde, who was crowned champion of the Porsche Mobil 1 Supercup at Monza recently. The Carrera Cup is contested for the first time in its 30-year history on the high-speed circuit near Milan, as support to the International GT Open. Twenty-six drivers contest the two races in their 510 PS Porsche 911 GT3 Cup.

Right from the outset, the drivers delivered a gripping battle for top times. In the first minutes, Porsche Junior Ayhancan Güven (Turkey/Phoenix Racing) topped the timesheets and held that spot until halftime. With fresh tyres, the drivers tackled the second half of the qualifying session – and a turbulent final phase unfolded. One after the other, the qualifying times tumbled. The main players were ten Voorde, Güven and Laurin Heinrich (Germany/Van Berghe Huber Racing), who undercut each other’s lap times multiple times. Ultimately, ten Voorde came out on top after the 35-minute session with a gap of 0.166 seconds over Talent Pool driver Heinrich. Less than a second separated the top times of the fastest 13. “Unfortunately, pole position didn’t quite work out, but I’m still happy with this result. My goal for Saturday’s race is to get a good start and try and snatch the lead before the tight chicane,” said Heinrich.

Güven, Jesse van Kuijk (Netherlands/Team GP Elite), Leon Köhler (Germany/Nebulus Racing by Huber) and Christopher Zöchling (Austria/Fach Auto Tech) rounded off the fastest six and make up the first three grid rows for Saturday’s race. “The first half of the session went really well for me but, in the end, it wasn’t quite enough for pole position. Still, I’m looking forward to the races. The sprint to the first corner is relatively long, so it’s important to get a good start,” explained Güven. As the best-placed rookie, Bastian Buus (Denmark/Allied-Racing) planted his Cup car on P8. Qualifying 17th overall, Carlos Rivas (Luxembourg/Black Falcon Team Textar) was the fastest ProAm driver.

The grid line-up for Sunday’s race was determined by the drivers’ second-fastest qualifying time. In this case, ten Voorde again achieved the fastest lap on the 5.793-kilometre Formula 1 racetrack. The second grid spot is occupied by Güven ahead of Heinrich. Lining up behind the 19-year-old youngster is Köhler, Buus and Jukka Honkavuori (MRS GT-Racing) from Finland.

Round eleven of the 2021 Porsche Carrera Cup Deutschland takes off on Saturday at 2:05pm local time and will be broadcast live on the German free TV Sport1. Sunday’s race starts at 12:30pm. Fans can watch both races via live stream on the Porsche Carrera Cup’s Facebook and YouTube channels as well as in the Porsche Motorsport Hub. 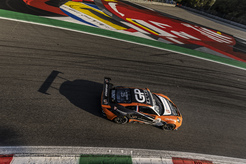 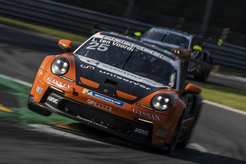 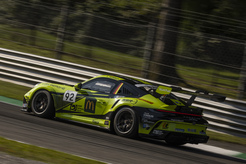 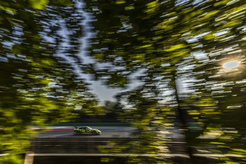 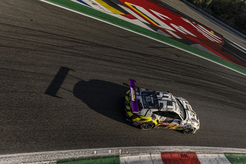 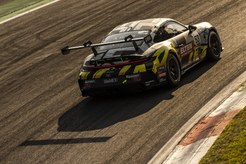 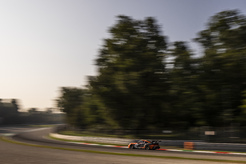 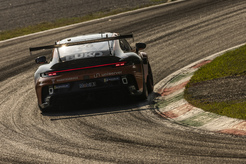 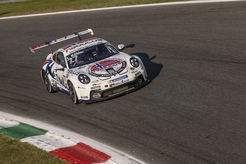 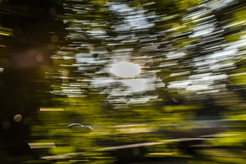 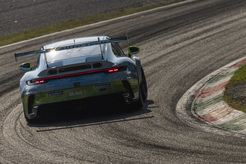 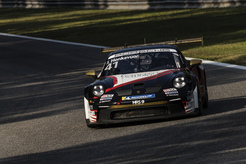 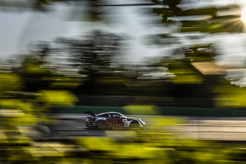 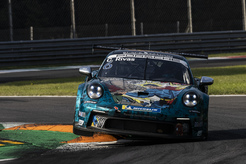 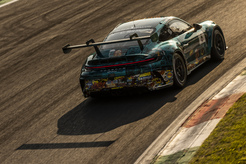 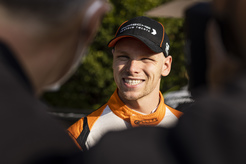 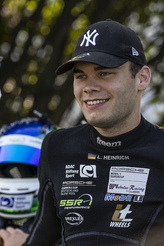 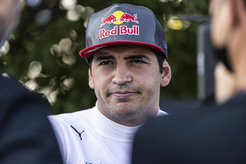 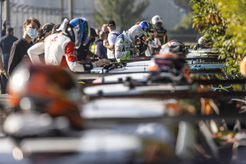 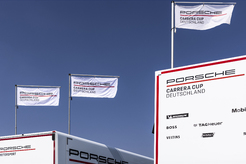