Two Porsche in the top ten at a difficult Eifel classic

Stuttgart. Persistent rain, accidents, race red-flagged for almost nine hours: despite the most difficult conditions, Porsche and its customer teams brought six of the seven 911 GT3 R across the finish line at the 24-hour race on the Nürburgring-Nordschleife. As the best Porsche, the No. 31 entry fielded by Frikadelli Racing with works driver Mathieu Jaminet (France), Germany’s Lars Kern and Lance David Arnold, as well as Maxime Martin from Belgium, achieved seventh place. The No. 25 car campaigned by Huber Motorsport and driven by Patrick Kolb, Marco Holzer, Nico Menzel (all Germany) and Lorenzo Rocco di Torrepadula (Switzerland) won the separate Pro-Am category in the GT3 class.

Constantly changing weather conditions with at times torrential rain caused the race director to halt the long-distance classic for almost nine hours during the night. Even before the start, the sports car manufacturer faced an onerous task: After three people in the Le Mans 24 Hours team tested positive for Covid-19, Porsche Motorsport excluded all employees who had worked at the French classic from travelling to the Nürburgring as a precautionary measure. This also affected the drivers with a works contract. As a result, new crews had to be found at short notice for almost all 911 GT3 R. Manthey-Racing’s cult-car, dubbed “Grello” by fans, was unable to contest the Nürburgring season highlight.

After a Top Qualifying of mixed fortunes, Porsche’s 500+hp top models for customer sport swiftly advanced through the field. Facing intermittent rain, which became increasingly heavier, the two racing cars fielded by KCMG in particular quickly made up ground. By the time the red flag came out at around 11.15 pm, the No. 18 car of the two brand ambassadors Timo Bernhard and Jörg Bergmeister (both Germany), the works driver Earl Bamber (New Zealand) and Norway’s Dennis Olsen, had reached fifth place. The No. 19 sister car of the double-starter Olsen, Josh Burdon (Australia), Alexandre Imperatori (Switzerland) and Edoardo Liberati (Italy) was in ninth position at the restart. Behind them lay the No. 31 entry of Frikadelli Racing. At this point, five 911 GT3 R were still running on the same lap as the leader.

When the race resumed at 8 am, the top-placed Porsches continued their pursuit race. Olsen even managed to make it to third place with the No. 18 car, only to be thrown out of the top ten by an unfortunate choice of tyres, a pit stop penalty and, last but not least, a collision while lapping another vehicle. This sister car had to retire after making contact with a slower competitor. This put the No. 31 nine-eleven of Frikadelli Racing at the spearhead: Jaminet brought the racer over the line in sixth place, however, a retrospective one-minute time penalty cost more positions. Positions ten and eleven went to the two 911 GT3 R campaigned by Falken Motorsports, each with Klaus Bachler (Austria) and works driver Sven Müller (Germany) at the wheel. The pair shared the cockpit of the No. 44 contender with Peter Dumbreck (Great Britain) and Martin Ragginger (Austria). In the No. 33 car, they were joined by works driver Dirk Werner and Christian Engelhart (both Germany).

Comments about the race
Sebastian Golz (Project Manager Porsche 911 GT3 R): “The ADAC Nürburgring 24-hour race – that was an emotional rollercoaster for everyone involved. Punctures, penalties and the not always correct tyre choice led to a fight for the lead in a race that was simply not meant for us. Anything can happen in the ‘Green Hell’ and it hit us hard this year. Still, we’re delighted with Huber Motorsport’s first place in the Pro-Am category. That gives us extra motivation to fight for victory again next year.”

Earl Bamber (Porsche 911 GT3 R #18): “Halfway through the race, we were really strong, but this is not the result that we’d imagined. Making contact with the other competitor cost us two laps. The car and the team put in a strong performance, but we were slightly lacking under the mixed conditions. We want to return next year and do everything better. Thank you to everyone who made this campaign possible for me at such short notice.”

Timo Bernhard (Porsche 911 GT3 R #18): “That was a very wild race under incredibly difficult conditions. At times we managed to underline our good form. Obviously, the result is not what we’d hoped for, or what would have been possible. Ultimately, it was important to finish. I think we also helped Porsche out well. In any case, it was again great fun.”

Marco Holzer (Porsche 911 GT3 R #25): “While the Nürburgring always promises a lot, this was one of the craziest 24-hour races I’ve ever experienced here – rain, aquaplaning, asphalt temperatures of four degrees. That makes us all the more happier that we made it through unscathed. Before the weekend, we set ourselves the goal of winning the Pro-Am class, and we did it. The Porsche ran like clockwork without the slightest problem.”

Norbert Siedler (Porsche 911 GT3 R #30): “We imagined a very different outcome, of course. About three laps before the race was red-flagged, we had to change the alternator, which meant we lost a lap. In retrospect, perhaps we should have waited before doing that repair job. Still, we’re happy that we were able to finish the race at all under such tough conditions.”

Lars Kern (Porsche 911 GT3 R #31): “The best Porsche, that’s essentially a good result, but we couldn’t get our wet tyres within the correct temperature window. We were fast in the dry, but unfortunately, with the exception of four or five dry laps, it rained the whole time. In spite of the last-minute change of drivers, we delivered a solid team performance.”

Dirk Werner (Porsche 911 GT3 R #33): “The first stint in the dry on slicks with our Porsche was huge fun, even though the track surface was still a little slippery in places. Keeping the car on the track during the night and in the early morning was hard work. The 24-hour race once again threw huge challenges at us, especially with the constantly changing weather conditions on this difficult track. I hope that the fans will be able to return to the track again next year.”

Sven Müller (Porsche 911 GT3 R #44): “In the end we had to drive on wet tyres in the dry, but we finished on tenth place. Basically, we lacked speed both in the rain and in the dry. During my last stint it was all about maintaining our position.” 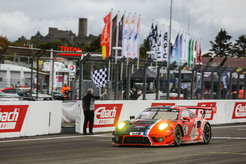 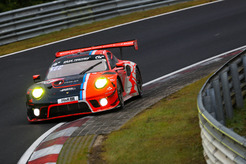 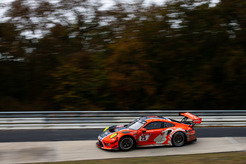 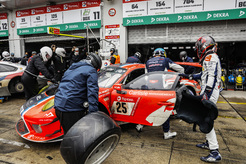 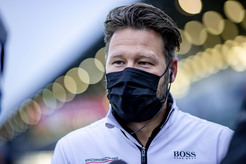 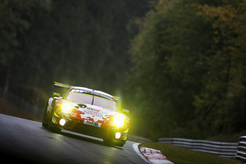 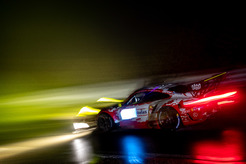 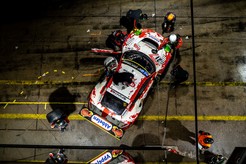 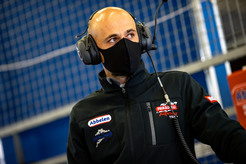 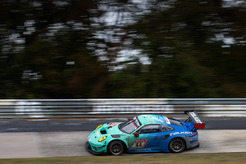 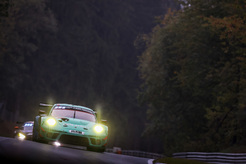 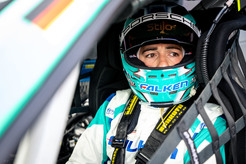 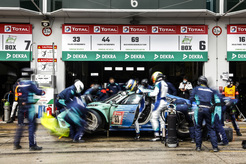 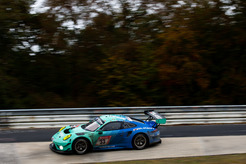 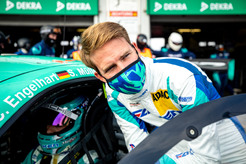 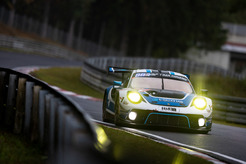 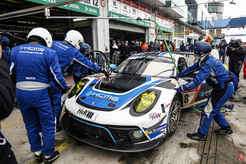 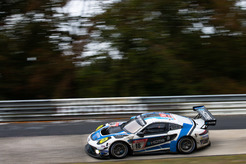 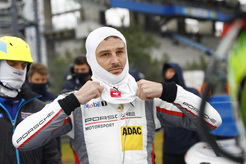 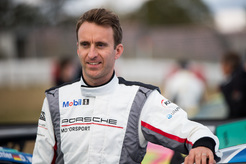 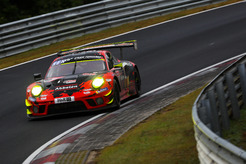 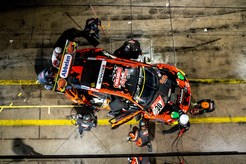 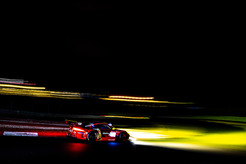 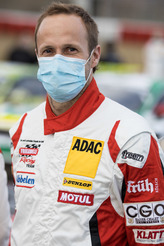 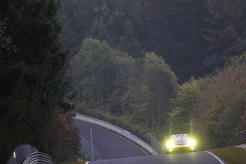 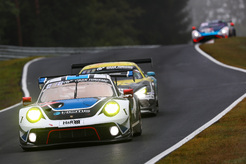