Stuttgart. At the 24 Hours of Daytona, the two Porsche 911 RSR have settled in at the front after two hours. The No. 911 vehicle shared by pole-sitter Nick Tandy (Great Britain), the Frenchman Frédéric Makowiecki and Matt Campbell (Australia) underscores the excellent qualifying performance and sets the pace in the GTLM class. The No. 912 nine-eleven driven by Laurens Vanthoor (Belgium), Mathieu Jaminet (France) and Earl Bamber (New Zealand) took up the race from position two on the grid and now follows close on the bumper of the sister car in second place.

The Porsche customer team Pfaff Motorsports also got off to a perfect start. The Porsche 911 GT3 R (#9) with the driver quartet Patrick Pilet (France), Dennis Olsen (Norway), Zach Robichon (Canada) and Lars Kern (Germany) had taken up the endurance classic from position one and is now the GTD-class pacesetter. While the 911 fielded by Wright Motorsports is sitting at the rear of the midfield, the Black Swan Racing squad’s Porsche GT3 R has made up several places. The No. 54 GT racer missed out on qualifying due to repair work and started from the last grid spot.

The 24-hour Daytona race got underway at 1:40pm local time (7:40pm CET) in bright sunshine. Until the flag drops at 1.40pm on Sunday, 143 drivers in 38 vehicles will battle for victory at the endurance classic at the Daytona International Speedway. The race can be viewed live outside the USA and Canada on www.imsa.com.

Pascal Zurlinden (Director GT Factory Motorsport): “The start was great. At first we fought with a couple of LMP2 vehicles, but everything turned out okay. The cars are running well and our pit stops were quick and flawless. So far everything’s perfect.”

Nick Tandy (Porsche 911 RSR #911): “It’s a great feeling to start from pole position at such a motor racing classic. The start was perfect, the car handles excellently and the tyres are very good. It can continue like this.”

Laurens Vanthoor (Porsche 911 RSR #912): “We were careful at the start to avoid any collisions. It worked. The car’s great and we were able to manage tyre wear. But we still have many hours of racing ahead of us.”

Interim report 1, IMSA WeatherTech SportsCar Championship, round 1, Daytona/USA: Perfect start for Porsche at the long-distance classic in the USA 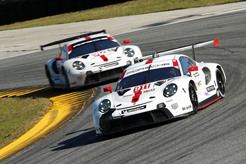 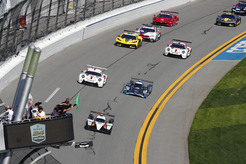 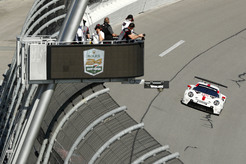 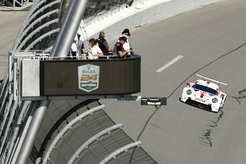 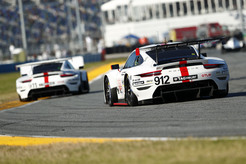 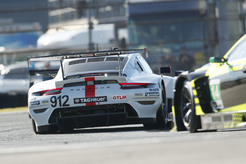 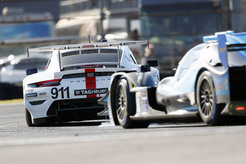 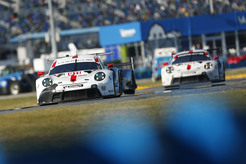 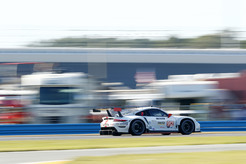 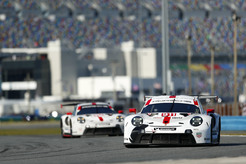 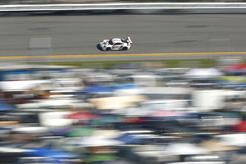 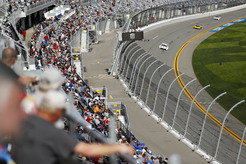 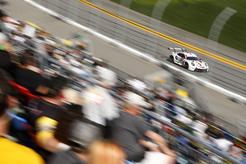 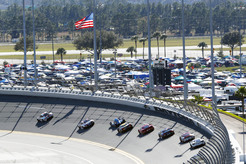 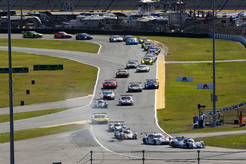 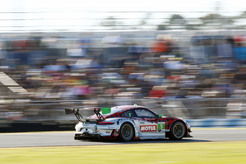 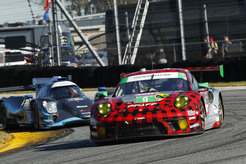 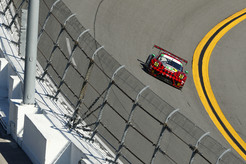 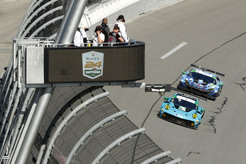 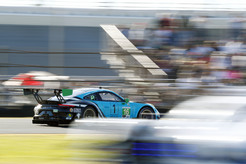 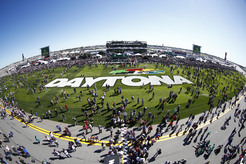